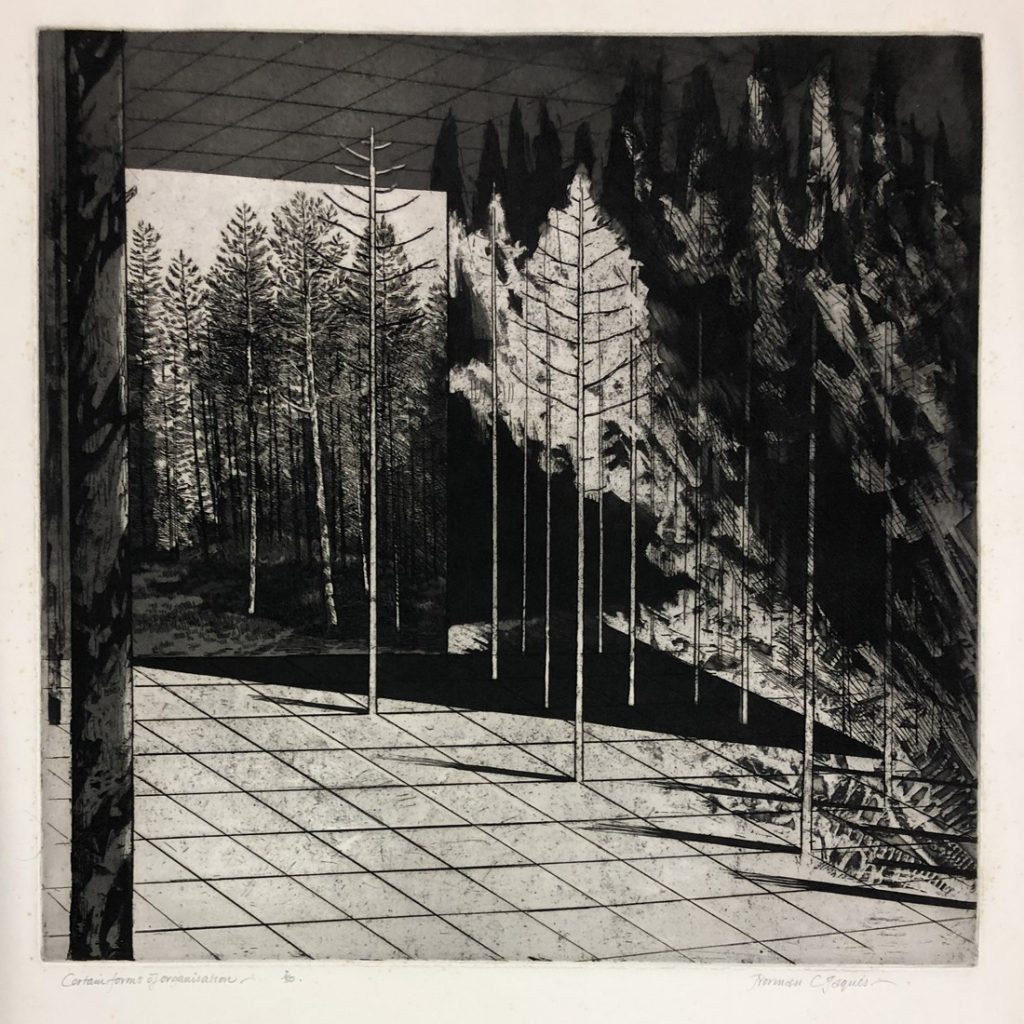 Norman Jaques studied at the Manchester College of Art and Technology. In 1948 he won the Proctor Travelling scholarship, and in 1954 the Proctor Award and Giles Bequest Award from the V&A. He taught at Manchester Polytechnic from 1950 to 1982 and was president of the Manchester Academy of Fine Art from 1984 to 1990. The V&A and public galleries in Manchester, Oldham and Stockport hold examples of his work.